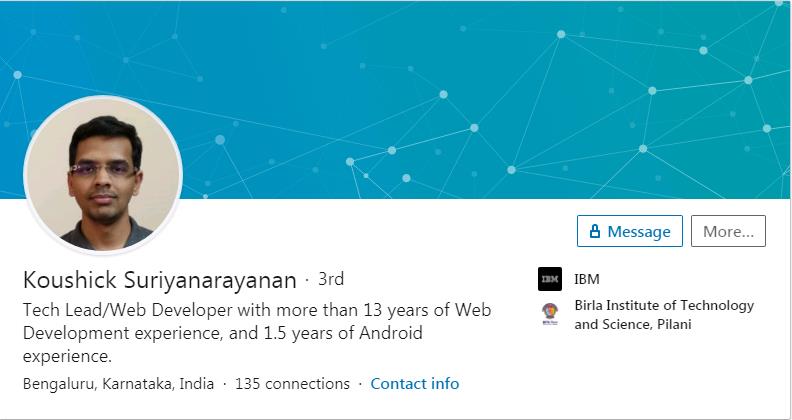 The standard Android camera doesn’t allow the user to switch between the front and back cameras of the phone while filming. This was precisely the functionality my daughter wanted for her Youtube Channel, so I looked at the App-store for alternative cameras and found some popular, heavily sponsored programs that didn’t quite deliver. After uninstalling those, I decided to try out an app that had been downloaded only a few thousand times, created by a guy from Bangalore with the beautiful name Koushick Souriyanarayanan.

The app is called Flipcam, available for free on the app store – no advertisements. It worked perfectly. This is actually the first time that I consider donating for a free app.

When I studied computer science in the Netherlands at the end of the last Millennium, professors told me that we would become “designers” and the executors who would follow our orders and “type in the code” would live in places like India. The condescension was hard to miss. I am glad to see the reputation of Indian IT people shift: they are judged based on merit rather than how much money (or rather: how little money) they can charge for their work.

Wages have been steadily increasing in India, but there is still a huge global disparity. For example, a Bachelor of Science in Information Technology earns on average ₹612.50 ($ 8.00) per hour. While the software industry in India is large and the biggest, TCS (Tata IT consulting systems) with its 448.000 is the largest IT consulting firm in the world. Yet, on their website they proudly announce “The Home Office will Remain: TCS featured in Germany’s FAZ newspaper”. The world is still skewed. Software is still “developed in California, produced in India”. Brands and “intellectual assets” are still predominantly in the hands of Western corporations. That domination is artificial and can’t hold much longer. India’s huge reservers of brainpower and entrepreneurship won’t allow it.

This is for the Kaushik Souriyanarayanans of this world. You make our software. The world can do without the fiscal inefficiency of channelling our money through the Bill and Melinda Gates Foundation in order to solve India’s problems.