The world must be so exciting for her. I try to imagine how she experiences the shops, the distance to the riverside park or the large playground, the roads full of traffic, the market. Buying a snack in the corner store is something trivial for us, a relatively meaningless act we won’t remember. It’s no achievement, it doesn’t exhilarate our spirits. It is a dull and mundane task that would instill a sense of awkwardness just because I am writing about it.

But when Miru goes shopping, she is all excitement. It is one of my tricks to make her understand the usefulness of elementary math: she must count her coins. I follow her on the street because I want to know if she observes the safety rules: look left, look right, stick up your arm as you cross the street. She does this flawlessly and it looks most adorable. I see her enter the corner store and come out, five minutes later, with a plastic bag. Much as I prefer she buys broccoli, this little step towards independence is most endearing.

I don’t want to speed her up to get her out of the house earlier, Eighteen years of a daughter like we have is a blessing. It is the other way around: by encouraging independence at this tender age will enable her to rely on her parents without embarrassment, says my intuition.

Most of the time it is chocolate biscuits or “pepero”, biscuit sticks dipped in chocolate. Yesterday she bought princess lipstick candy. Shopping alone when you are five is exciting, memorable and gives you a real sense of achievement. It makes me wonder what the equivalent would be for adults.

She just offered me one of her treasured cookies so I am going to wrap this up. Being a parent is a tough job.

I could make you say things like thank you
or fill a glass of wine
right in front of my eyes. 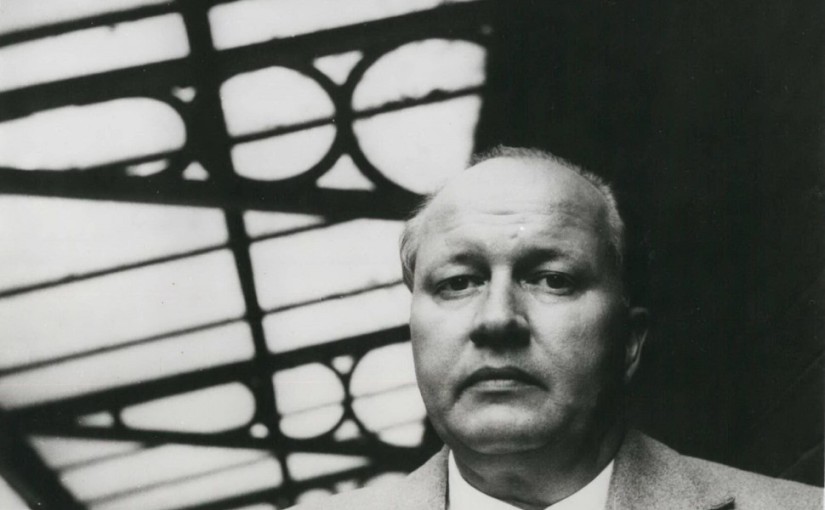 Theodore Roethke (1908-1963), a sickly boy who transformed into a bear of a man with father issues, was according to many critics the greatest of the American poets. While browsing a collection of his poetry on the Internet, I stumbled upon a poem about reckoning. I understand from his biography that he sought for redemption or some way to find closure with his father, who died of cancer when Ted was fourteen. The reckoning in this poem is political:

The Reckoning
All profits disappear: the gain
Of ease, the hoarded, secret sum;
And now grim digits of old pain
Return to litter up our home.

We hunt the cause of ruin, add,
Subtract, and put ourselves in pawn;
For all our scratching on the pad,
We cannot trace the error down.

What we are seeking is a fare
One way, a chance to be secure:
The lack that keeps us what we are,
The penny that usurps the poor.

The vanity of accumulation is a common theme in poetry. I like to approach it with rhyme and humor like here. This reminds me of Bertold Brecht (I would have expected a verse with penny or pence, and hence…). Grim digits of old pain are that the numbers in the books that ‘litter up’ the home like the home of a real pathological 21th century hoarder is littered up with stacks of newspaper or piles of assorted junk.

The next step is of course borrowing at a pawn shop (or taking a second mortgage perhaps? This poem is prescient of the 2007 subprime mortgage crisis). The error cannot be traced down: The failure is systemic. I’ve heard economists like Krugman or Stiglitz say the same thing…

A fare here means subsistence if I’m not mistaken. Being secure means just to be able to live and eat in your house – even if it means remaining in debt bondage. ‘We’ are seeking security by succumbing to usury, by buying into ‘the lack that keeps us who we are’, by always being in debt with the shadow of your creditor looming over you, extracting any possible surplus that you may produce.

So, I read this as a strongly anti-capitalist poem of revolt. What do you think about that interpretation?

Reading: The Reckoning by Theodore Roethke was originally published on Meandering home

How to start a contempary reflection about money, a reflection that should both instruct and entertain because it is bound to the format of a blog post, because it will live as an entry among millions on an internet website with a narrow time window of readership that extends not much further than two weeks after its dates of publication? How to write a reflection about money in such a volatile and futile medium like a public digital diary?

Thank you for recognizing the analogy between writing and money here, whose ultramodern dematerialisations we consider in what follows. Jawohl!
There is no need to write yet another meditation about the crisis. That has been done and the public seems to understand bloody well what a bursting bubble is, and how packaging derivatives options high gain total super performance low risk high leverage financial products are the tools of the ugly kind of greed we only tolerate because it is the stuff the very system is made of. Oogh. Such meditations are obsolete the minute after they are written down. What we need is something else.

When we are “spending money” what we perform should be understood as a redistribution of power. Let’s assume designating and justifying power is the prime function of money (we can’t develop that in this small space). When we buy a product we acknowledge its producer and supply chain by means of a monetary transaction. We confess our needs, that is our lack of power, and recognize the superior power of the product. Then we use our symbolic power (our money) to balance the bill. So far so good.

Power is erratic and auratic. If we observe systems of power, be it a boyscout group, a freemasons society, a fire department, or the international monetary fund, we find that power is exerted in certain well-understood forms. The power of one boyscout over another is of another quality than the power of Strauss-Kahn had over his subordinates. From this, it appears logical to think that this quality of power needs to be reflected in money, somehow. Money should have a flavor, it should be defined as currency for one specific system of power. Society as a whole (that’s the premisse I allow myself because I’m blogging) is not one clearly defined power system but a diffuse conglomerate of systems, all working at their own pace and interacting in their own ways.

We could have food-money, communication-money, shelter-money, cultural-money, yes political-money, or various kinds of currencies for specific aspects of society, aspects that we don’t want to depend on each other because we want them to be stable. There won’t be problem exchanging these different currencies, the crux is that they should never be produced ad libitum like our current money is printed for us triggered only by short-term macro-economic observations, not long-term vision.

Thus I conclude my blog-post about money. The thought presented here might have been too dense, akin to a black hole – it won’t reflect anything if you try to shine a light on it. Or does it?