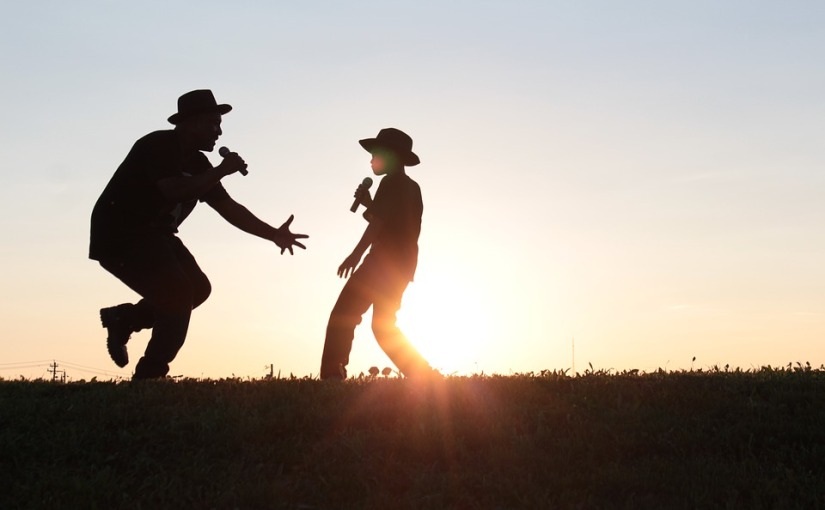 Bob Hicok (1960) is a poet from Michigan who writes accessible and meditative poetry. He currently teaches creative writing at Purdue University.

My father’s head has become a mystery to him.
We finally have something in common.
When he moves his head his eyes
get big as roses filled
with the commotion of spring.
Not long ago he was a man
who had tomato soup for lunch
and dusted with the earnestness
of a gun fight. Now he’s a man
who sits at the table trying to breathe
in tiny bites. When they told him
his spinal column is closing, I thought
of all the branches he’s cut
with loppers and piled and burned
in the fall, the pinch of the blades
on the green and vital pulp. Surgeons
can fuse vertebrae, a welders art,
and scrape the ring through which
the soul-wires flow as a dentist
would clean your teeth.
And still it could happen, one turn
of his head toward a hummingbird,
wings keeping that brittle life
afloat, working hard against the fall,
and he might freeze in that pose
of astonishment, a man estranged
from the neck down, who can only share
with his body the silence
he’s pawned on his children as love.

I like this kind of poems that paint a world with a precise and prosaic description of a life and its discomfort, to redeem it with considerable verbal magic (share with his body the silence / he’s pawned on his children as love).

The metaphorical unity of the once strong father who cut through the green and vital pulp, and the weak old man who is estranged from the neck down, is an obvious device and some may call it boring. The nerves are called soul-wires and they are now cut off. Life has become mysterious to him – is that what the son calls ‘something in common’?

I think so. The father has learned astonishment at the hummingbird-like fragility of life. He has learned about love.

Or: Silence can give you enough cash in the pawn shop of love. 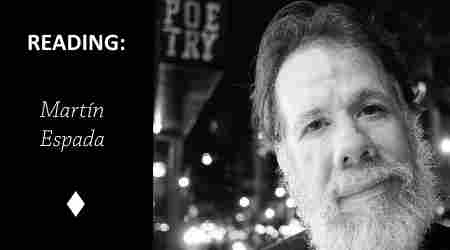 Martín Espada (b. ) is an American poet, critic and attorney with Puerto Rican roots. His most important influence was his father, a community organizer and social justice activist. Poetry for him is giving a voice to the voiceless. I read a hommage to his father.

The beer company
did not hire Blacks or Puerto Ricans,
so my father joined the picket line
at the Schaefer Beer Pavilion, New York World’s Fair,
amid the crowds glaring with canine hostility.
But the cops brandished nightsticks
and handcuffs to protect the beer,
and my father disappeared.

In 1964, I had never tasted beer,
and no one told me about the picket signs
torn in two by the cops of brewery.
I knew what dead was: dead was a cat
overrun with parasites and dumped
in the hallway incinerator.
I knew my father was dead.
I went mute and filmy-eyed, the slow boy
who did not hear the question in school.
I sat studying his framed photograph
like a mirror, my darker face.

Days later, he appeared in the doorway
grinning with his gilded tooth.
Not dead, though I would come to learn
that sometimes Puerto Ricans die
in jail, with bruises no one can explain
swelling their eyes shut.
I would learn too that “boycott”
is not a boy’s haircut,
that I could sketch a picket line
on the blank side of a leaflet.

That day my father returned
from the netherworld
easily as riding the elevator to apartment 14-F,
and the brewery cops could only watch
in drunken disappointment.
I searched my father’s hands
for a sign of the miracle.

The opening lines read like a newspaper article, until the cops start beating up Frank with their nightstickes ‘to protect the beer / and my father disappeared’. The subtle rhyme opens up the poetic dimension.

The boy mourned his father’s death, not knowing that he was still alive. It was 1964. The Jim Crow laws of racial segragation were abolished on 2 July 1964 when President Lyndon Johnson historically signed the Civil Rights Act of 1964.

When the father reappears ‘days later’ (three days would have been kitsch) the boy begins to learn. He loses his endearing naivity (a boycott as a boy’s haircut – I have believed similar things when I was young, but never saw my father disappear like that).

The cops have turned into drunken thugs, disappointed about the freedom of the activist. And Martín searches his father’s hands for the sign of the miracle. I don’t know what to make of this. I don’t think there is a Christian connotation. The hands are just an activist’s hands. Maybe the miracle is what we can accomplish if we join hands.

Reading: The Sign in My Father’s Hands by Martín Espada was originally published on Meandering home