if all hope is abandoned and you lay awake watching the Contenders
play tapes of some obscure rock band you’re welcome to enter
and check out this slender, delicate verse with metaphors galore
like a Roman brothel frothing incantations through the door

This man is kicking out the moneylenders like a messianic defender
No pretense, just a book of spells, hot as hell, howling like a Fender,
and he isn’t from Flanders, it’s so neat, featuring abundant night birds
you can hear between the lines singing that you can be the first

This is the first of some short book reviews here on creativechoice. I love reading and will share my thoughts about the books that I are think are worth my readers’ while. 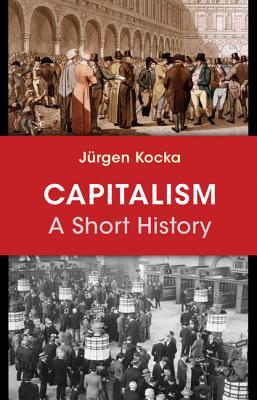 The short book Capitalism: A Short History begins with a concise discussion of the most important figures in the history of the concept of capitalism: Adam Smith, Karl Marx, Max Weber, Josef Schumpeter. Kocka also mentions other thinker such as Karl Polanyi.

The book has a wider view of capitalism than Marx, who looks mainly at the mode of production and the way labor is organized. Kocka shows that the merchants of the Middle Ages already operated in a capitalistic way because they were profit oriented and seeking expansion. Apart from what is generally considered the heartland of capitalism, he sketches the development of proto-capitalism in the Arab world (where profit seeking was, unlike interest, compatible with Islam) and China (where it was politically controlled and embedded).

Kocka tells the story of the inevitable expansion of capitalism. He discusses colonialism and the plantation economy, pointing out that the mode of production of capitalism does not require free labor. The Joint Stock Companies such as the VOC and the beginning of finance capitalism is discussed. The book shows how in mining, agrarian capitalism and proto-industrialization capitalism encroaches on the domain of labor.

The expansion eventually led to managerial capitalism in which the manager is no longer the owner of the enterprise, like during the Industrial Revolution. Kocka identifies the ‘autotelic character’ of capitalism:  “the concentration on goals of profit and growth coupled with a simultaneous indifference to other goals” (p.  114). This trend had started with managerial capitalism but reached new heights in financialization.

The book concludes with some thoughtful reflections about the current state of affairs and how capitalism is always embedded in a social, cultural and political context – and its reform is a ‘permanent task’.

Disclaimer for my new book: Don’t read while driving, operating heavy machinery or when you suffer from incontinence.