Honor and love – what else – defy the usurpation of meaning by the Story of capitalism, because they require the notion of “enough” 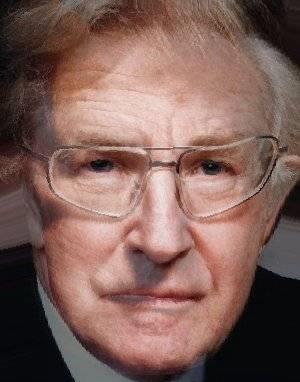 Professor Trompsky, you said that the current pandemic is the defining moment of capitalism’s moral refinement preparing its coming demise? Could you explain?

Well, uhm, we see that more and more people are pushed towards precarious jobs with no security whatsoever and more importantly devoid of any real interaction with their peers. That, you know, forces them to beg for work they don’t really want to do, often from behind their screens in their own homes. Yet they keep doing it, and the entire system is banking on it that they do. Why is that?

Well, it’s rather trivial. They fear destitution, is the obvious answer. But they did that before too. What is new now is they are alone. No unions. No-one to remind them why it is wise that they stay on, no-one but themselves. And who fails at motivating themselves, will fail at their job.

The work they do is of course unnecessary, that is a threshold we crossed a long time ago. But the requirement for self-motivations is new. It spawned an entire industry, as you know.

Professor, how does this lead to the downfall of capitalism?

Well, uhm, look, the physical coercion is replaced by self-coercion, in other words moral force. And that is much more volatile depending on the political sphere. We will see a lot of populist on the left compelling workers to demand meaningful work.

Yes, certainly, but it is driving a stake in the heart of capitalism. Such a demand can only be met with a policy that reverses the tendencies we see today. The only meaning capitalism has to offer is money, so it should start there. And I don’t see how that is possible without cooperatives and worker ownership.

But is still require a revolution?

Oh, it will be a silent one, these populists will not call for an uprising but facilitate the proliferation of worker owned industries, sucking up all labor and so crippling the old capitalist bodies.

Professor Trompsky, insightful as always, we thank you for this interview.

Professor Trompsky is back! was originally published on Meandering home

Free market capitalism, in the time of high-tech communication technology, rewards the marketability of an idea more than the idea itself. Of course, in any liberal capitalist order, good ideas always needed to be noticed before their creator could be rewarded. Traditional investors recognized the potential of an idea for the betterment of society and decided to put money into it. There was a basic equality between ideas and the financiers that judged and nudged them. A good idea had a fair chance to become reality, because it was judged on the material basis of what good it would do for humanity.

When ideas are no longer judged by their merit, but their marketing potential, we relinquish the expert judgment to whatever the crowd thinks, and the crowd is subject to manipulation by the same forces that judge the ideas. There is no need for a precise portrayal of this dynamics: it is a race to the bottom, to the lowest common denominator idea. This in turn will reinforce the ‘dumbing down’ of society and embolden the corporations. They will be absolved from democratic accountability by sabotaging the basis of any working democracy: civil society with thriving discourse. They have the power turn democracy into a parade of strongly felt issues, infused with cynicism about the ‘powers that be’. True accountability will be replaced by political showmanship. We already see this happening in the wealthiest nations.

Renegade economist and rockstar academic Yannis Varoufakis said that capitalism has already been replaced by technological feudalism, Amazon and Google acting like feudal overlords. They de facto, if not de jure, control the marketplace: Google becoming a synonym of searching and Amazon another word for online shopping.

This totality of power cannot but seek a connection with religious thought: the divine right of Kings, the identification of Pharao with the most powerful god. What does this mean in the case of Big Tech? How does their totality of power act on our religious instincts. Could we measure with electrodes people’s response to Bezos’ monolyth and would we find a similar response as when people pray to an almighty god? Of course, Big Tech’s totality is not yet perceived as unavoidable. We don’t need to beg Google or Amazon to be using their services – or do we? Would we one day pray to the Google god for recognition by their algorithms, with very real consequences such as visibility in a global “charity” platform that could save our lives?

This is still the stuff of science fiction, but beware. We humans have a hard time grasping exponential growth, as the Covid-crisis demonstrated. We now witness the exponential growth of corporate power until they break the critical barrier and become, for all intents and purposes, power Totalities*.

The re-introduction of Religion as a fully conscious submission to a man-made higher power is completely in line with sound Hegelian dialectics. There will be a Google god, unless we resist while we can.

*Incidentally, I write about this in my latest novel, a parody on Elon Musk who gains near-total power until he hits not death, but the other unavoidable thing in life.

The Google God was originally published on Meandering home