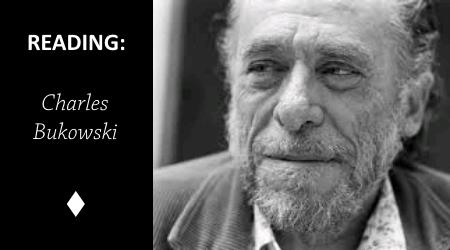 Charles Bukowski (1920-1994) was a legendary American poet, and writer of novels and short stories. I read a summer poem presented to me on a poetry website:

Carson McCullers
she died of alcoholism
wrapped in a blanket
on a deck chair
on an ocean
steamer.

all her books of
terrified loneliness

all her books about
the cruelty
of loveless love

were all that was left
of her

as the strolling vacationer
discovered her body

and she was quickly dispatched
to somewhere else
on the ship

as everything
continued just
as
she had written it

Carson McCullers (1917-1967) was a novelist who died of alcoholism in New York (as far as I know, not on an ocean steamer, but perhaps the City is an ocean steamer in Bukowski’s mind).

Of the novelist, only books remain. We could say the same for the recently deceased Philip Roth. It’s a sad affair, the whole “what remains” thing. “Dispatched to somewhere else on the ship” – that’s what happens when we die. And everything continues just as we had written it. Or, our imagination is immortal – is Bukowski hinting at some form of consolation here?

The image of the young woman (she was 50 when she died) on a deck chair, wrapped in a blanket, is so lively. I am compelled to imagine a glass of dry Martini in her hand and the beginning of a lustful smile from underneath a pair of gilded frame luxury sunglasses as she checks out a passing deckhand’s buttocks – something I would rather associate with Mr. Bukowski.

One thought on “Reading: Carson McCullers by Charles Bukowski”